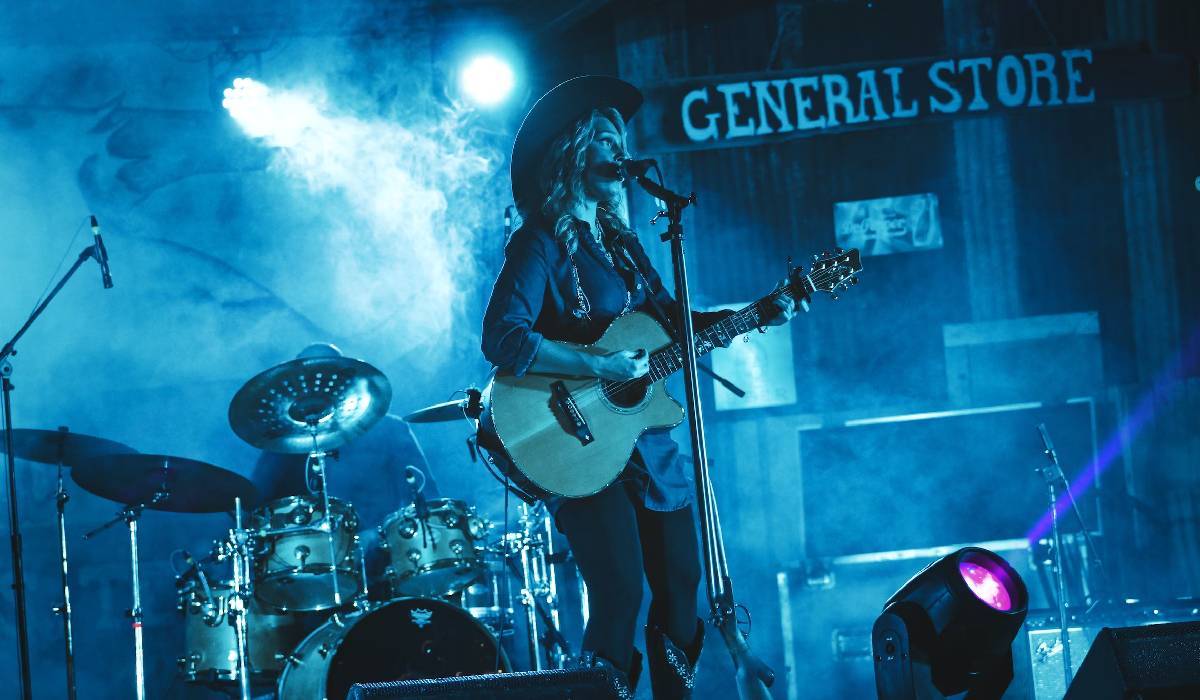 You would truly be hard-pressed to find someone that doesn’t like country music. What could possibly be more enjoyable than a honky tonk song about young love or losing your man to another woman?

Country music consists of catchy lyrics, great beats, and a fiddle or two thrown in for fun.

Saddle up, partner, and enjoy my list of the ten best 80s country songs of all time!

1. Islands In The Stream by Dolly Parton (Feat. Kenny Rogers)

A great way to start off my list is this absolute banger from two of the biggest names in country music.

“Islands In The Stream” was released by Dolly Parton and Kenny Rogers in 1983 on Dolly’s album Eyes That See In The Dark. A timeless love song, the song was inspired by Ernest Hemingway’s poem of the same name.

Finding love in modern times can be daunting, so take some inspiration from the 80s when you listen to “Island’s In The Stream” on your 80s country playlist.

2. Grandpa (Tell Me Bout The Good Ol Days) by The Judds

Is any country playlist complete without a song from The Judds? Mother and daughter country duo The Judds will make you nostalgic when you listen to their 1985 release of “Grandpa (Tell Me Bout The Good Ol Days).”

Taken from the album Rocking With The Rhythm, the song was a big hit and was written as a tribute to Naomi’s father, who lost his battle against liver cancer in 1984.

Reba McEntire has to have one of the most powerful voices I have ever heard. Her 1986 release of “Whoever’s in New England” had me in awe of her talent as she sang about losing the one she loves the most.

The song is taken off her album of the same name and is a love song with a difference. Add some Reba to your playlist and give “Whoever’s in New England” a listen today.

We all know and love the song “If Tomorrow Never Comes.” But did you know that it was originally a country song written and recorded by Garth Brooks in 1989?

Featured on his debut album, “If Tomorrow Never Comes,” is one of two songs that hit number one on country music charts worldwide and is a powerful love song about truly loving someone so much that you always want them to know how much.

Give this country classic a listen when you add it to your list of country songs and let Garth Brooks inspire you to tell your friends and family how much they mean to you before you lose the opportunity to.

It would seem that Kenny Rogers was quite a love song icon in the 80s as he teamed up with another country great to release “We’ve Got Tonight” in 1983. Originally released by Bob Seger in 1978, Rogers and Sheena Easton will knock your socks off with their version.

“We’ve Got Tonight” will make you remember just why you fell in love with your significant other, and might just make you fall madly in love all over again, so add it to your playlist and dance the night away.

Ah, Dolly. A name synonymous with country music, Dolly Parton features on my list for a second time with her hit song “9 to 5.” Released in 1980, the song is a nod to the women’s activist organization called 9to5 and is about female empowerment. Dolly gets it just right with this classic song that features on her album 9to5 and Other Odd Jobs.

Add some Dolly to your day when you listen to “9 to 5.” Grab your girls and sing along to a song about women and their power.

7. Memphis in the Meantime by John Hiatt

Life on the road touring the country has a big impact on artists and their families. In “Memphis in the Meantime,” John Hiatt reminds us that it is not always as glitzy as many would think it is as he sings about wanting to take a break from making music to spend time with his family.

“Memphis in the Meantime” was released in 1987 on the album Bring The Family and features on my playlist at number seven.

8. Always On My Mind by Willie Nelson

Pigtails and that classic hat are just two of the things that Willie Nelson will be remembered for. But it is his incredible voice that makes him a legend. “Always On My Mind” is just one song in a long string of hits that make this country legend great. “Always On My Mind” was released in 1982 and has been covered by many artists over the years.

Listen to the original and be fully prepared to be blown away by this legend’s voice when you add “Always On My Mind” to your 80s country playlist.

9. When You Say Nothing At All by Keith Whitley

The younger generations will most likely know this song from Ronan Keating’s cover in the late 90s. The original, however, was released by Keith Whitley in 1988 and is a timeless classic that inspired many a love song.

“When You Say Nothing At All” featured on Whitley’s album Don’t Close Your Eyes and is the perfect song for weddings, romantic dates, and for dancing the night away in the arms of your lover.

10. If You’re Gonna Play in Texas (You Gotta Have a Fiddle in the Band) by Alabama

Bringing me to the end of my list of the best 80s country songs is a honky tonk classic by the country band Alabama. “If You’re Gonna Play in Texas (You Gotta Have a Fiddle in the Band)” is a nod to country music’s Texan roots and has an upbeat tune that will have you grabbing your cowboy boots and dancing along.

Country music has come a long way, and it is classics like these that make country music what it is today. Pay tribute to Alabama when you add “If You’re Gonna Play in Texas (You Gotta Have a Fiddle in the Band)” to your playlist of country songs.

10 Best Country Songs About Dogs of All Time, Ranked