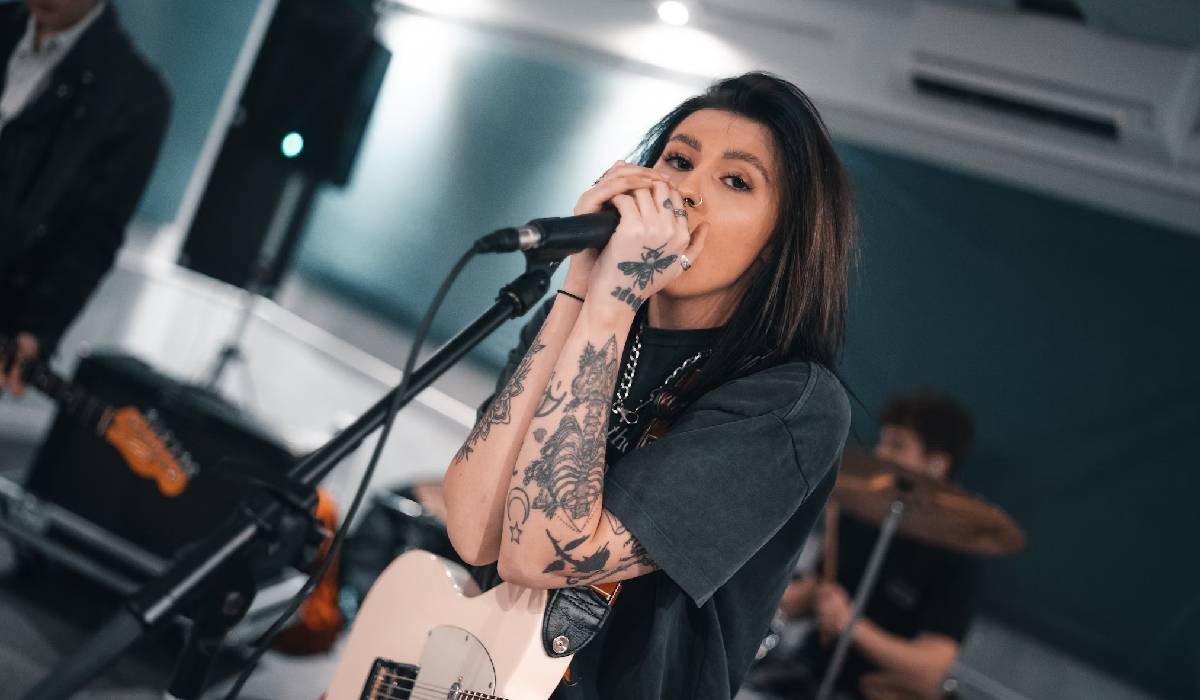 When it comes to the best rock songs ever released, most of my favorites are by women. You just can’t beat a brilliant rock belter that’s performed by a sassy female band/singer, and I for one was hugely inspired by these artists to get up there too and show that women can really strut their stuff on stage.

From Stevie Nicks to Janis Joplin, we’re spoilt for choice when it comes to the best female rockers of our time. There have been some truly iconic female rock songs over the years, and I’m here to tell you my top 10.

So without further ado, here is my list of the 10 best female rock songs of all time!

Let’s start off with an absolute classic, it’s “Dreams” by Fleetwood Mac, released on their 1977 album Rumours. This song is hugely popular, and Stevie Nick’s sultry lyrics are a great way to get started on our journey of the best female rock songs ever written.

“Dreams” reached the Billboard Hot 100 when the song was released and has entered the charts many times since then. It’s a hugely nostalgic song for many Fleetwood Mac fans, and is also popular with younger fans. The song went viral on TikTok through the account of Nathan Apodaca, as he sang along to “Dreams while skateboarding and drinking from a bottle of cranberry juice.

Let’s visit the 1980s now with this complete belter from Bonnie Tyler. “Total Eclipse of the Heart” from the album Faster Than the Speed of Night is arguably Tyler’s most recognized song and was certified gold for sales of over 1 million records by the Recording Industry Association of America (RIAA).

Rory Dodd can be heard singing the duet voice, with those beautiful backing vocals “Turn around, bright eyes” sung throughout the song. It’s an iconic tune and one I just had to include on this list.

Next up is the instantly recognizable “Zombie” by the Irish rock band The Cranberries. “Zombie” was the lead single on the band’s 1994 album No Need To Argue and was written in memory of two young boys that were killed in the 1993 Warrington bombings.

Who could forget the iconic music video of Dolores O’Riodan painted gold giving everyone that watches it goosebumps? Truly iconic, it’s no wonder it’s considered to be one of the most memorable music videos of all time.

If you’re a guitar hero fan, you’re bound to know this next one. “Barracuda” by the American band Heart was released on their 1977 album Little Queen. This powerful number reached number 11 in the Billboard Hot 100 chart and has been featured on many Greatest Hits albums over the years.

Ann Wilson’s commanding voice is instantly known in this great female rock song, and she’s identified as being one of the best female rock singers of all time.

Now we’re heading into the early 2000s, and if you grew up in this time period this one is bound to make you feel nostalgic! “Bring Me To Life” by Evanescence from their 2003 album Fallen is dominated by the incredible vocals of the band’s lead singer Amy Lee, written when she was just 19.

Who could forget the band’s classic music video of Lee walking along the edge of the high-rise building? Not me – it’s definitely one of my favorite female rock songs of all time.

Back to the 90s now for the cult classic “Cannonball” by The Breeders. Released on the band’s second album Last Splash, “Cannonball” is a serious triumph for singer Kim Deal, and who could forget the classic bassline by Josephine Wiggs?

This lead single went on to be one if the Breeder’s biggest successes and is loved among fans of female rock singers across the globe.

How could I put together this article without including Patti Smith?! “People Have The Power” featured on Smith’s 1988 album Dream of Life and was co-written by her husband Fred “Sonic” Smith.

This influential song has a timeless message and is an all-time favorite among Patti Smith fans. The lyrics never fail to give me goosebumps and get better the more you play this iconic tune.

If any song belongs on this list it’s “Bad Reputation” by Joan Jett and the Blackhearts. Released in 1980 on the band’s debut album of the same name, this song oozes anti-establishment and female empowerment.

Joan Jett is known for going up against the corporate music executives of the 80s and had her music adored by generations of rockers. A timeless song, “Bad Reputation” has been covered many times, including by Canadian rock singer Avril Lavinge in 2012.

Oh, Janis Joplin, many of your songs could have been on this list but I’ve picked out a favorite. It just had to be “Mercedes Benz” written by Joplin, Bob Neurwirth, and Michael McClure.

This short but sweet number was written during a poetry session between Joplin and Neurwirth in 1970 and was the last song that Joplin recorded before she died that same year.

Let’s go out with a bang – here’s the incredible “Rid of Me” by the iconic English songwriter PJ Harvey. It’s impossible not to connect with this song, and both the original and stripped-down versions of this song are equally captivating.

Released on PJ Harvey’s 1993 album of the same name, “Rid of Me” will long be known as one of the best female rock songs of all time.

21 Best Arctic Monkeys Songs of All Time (With Videos)