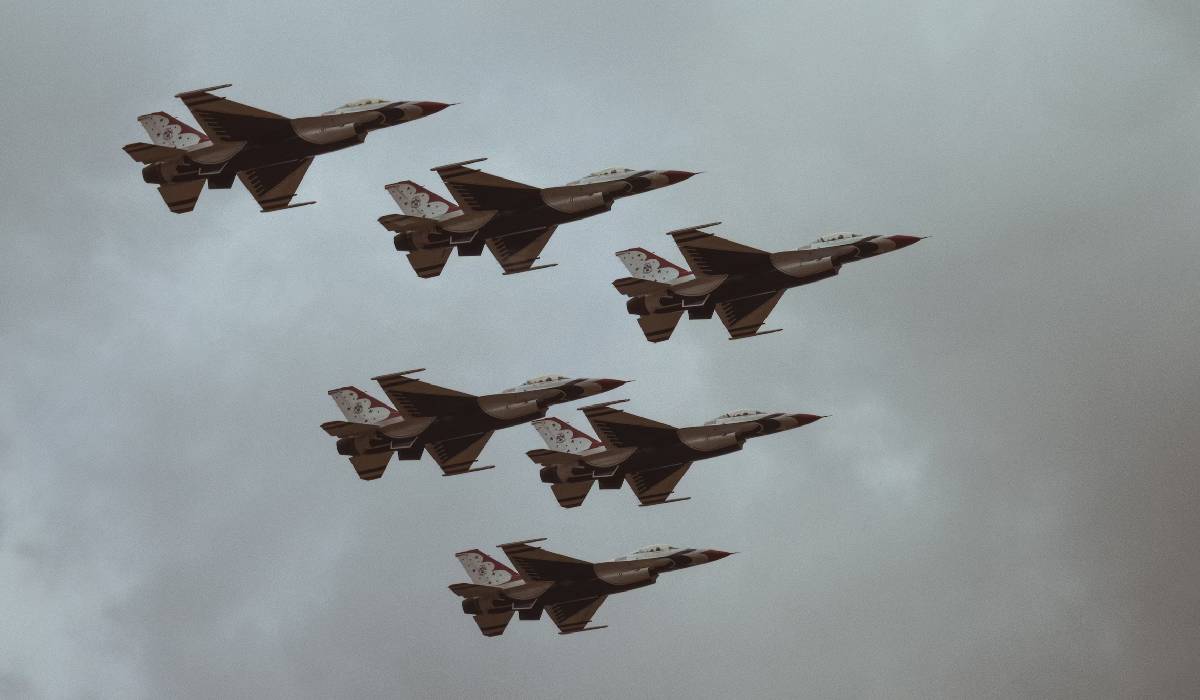 Much like rock and sex, rock and war have been a common theme in many songs. The following songs span the entire breadth of everything war; from anti-war to the experience of a soldier, to mourning the after-effects of combat.

Here are the 10 best rock songs about war to help you well, soldier, on through the day.

This haunting war song is about the IRA bombing / Warrington bombings that took place in 1993 and is considered the peak of the grunge era. “Zombie” was rereleased as an acoustic version in 2017.

For me, “Zombie” is one of the war songs that hits the hardest. The Cranberries wrote it as a response to the death of two young boys (ages 3 and 12).

The songwriting is self-described as “anthemic”.The heart-breaking music video depicts a child with dirt on their face, and people with gold skin. Overall, the song is about the images of war that cannot be unseen, making the witnesses veritable walking zombies.

This clear, anti-war song from the LA-native rock band 30 Seconds to Mars was released in 2009 under the album with the same name, This is War.

The entire album was released by Flood (which consists of U2, and Depeche mode) meaning that it got the U2 seal of approval (I’ll get to “Sunday Bloody Sunday” later, don’t worry!). According to lead vocalist Jared Leto, the song is about conflict as a whole.

This heavy metal band from England has released several songs on the subject of war. “The Trooper” is my personal favorite. It is off the album Piece of Mind and was first released in 1983. This sassy, visceral song speaks of horses’ breath, thick smoke, and Russian guns. “The Trooper” is about The battle of Balaclava, which took place in 1854.

The battle of Balaclava was a battle in the Crimean war (Russians, Ottoman Empire). After the Russians failed to capture Balaclava, The Charge of the Light Brigade took place. A man named Lord Tennyson led the charge. It was a veritable suicide mission.

I like “Soldier Side” because it begins with such a delicate intro – Violin and picked guitar, and then crescendos into distress. The lower harmonies are eerie and satisfying. “Soldier Side” talks about young men and sons leaving their families and never coming home. This emotional war song speaks of young men standing on their own graves.

The Nu metal band released this heart-wrencher in their album Mezmerize in 2005.

The song is actually about war from a mother’s perspective. The loneliness of letting go of your child/son knowing that they very well may never come back. I think “Soldier Side” is especially chilling coming from this powerful female perspective.

I like how this one starts off with an unsettling quazi-Italian *boom chick* rhythm. Similar to “Soldier Side”, “Mama” speaks on the subject of mothers and songs when it comes to war. However, this song seems to be about a son who is about to be deployed, singing to his mother.

The soldier is begging his mom not to blame the sons that do go to war and states how he will never really let the (love for her) go. The song features the sound of explosions towards the song’s closing and ends in an eerie violin and out-of-tune accordion duet.

I can’t call this list complete without Black Sabbath’s “War Pigs”.  This iconic song is about the Vietnam war. According to bass player Butler, “War is the real satanism”

This song is satisfying to be partially because of its slow 6/8 time signature. It is the first song on the 1970 album Paranoid. Originally titled “Walpurgis” after Walpurgis Night, which is a Christain feast that celebrates a saint, which takes place in late April. But before it was a Christian holiday, it was a pagan celebration “Night of the Witches”

Black Sabbath Compares generals to witches gathering, sorcerers of death. It is a Brazen statement about how the rich profit from war, and the poor get the short end of the stick, and details the death, hatred, and brainwashing that ensues.

This heavy-hitter of a song begins when a young man joins the army with the promise of getting to see the world. All he has to do is see the world, carry a gun, and get paid. “Hero of War” is full of pictorial descriptions, like short hair, spit-shined boots, and the spirit of camaraderie.

This one is one of the first on this list to get me to tear up. The main character expresses how he loves the flag, and would do anything for it, but also details the atrocities of war and the gravity of joining in. The song is based on the experience of a soldier who served in Iraq.

By the end of the song, I get a complicated combination of emotions.  It’s easy to both sympathize with the main character while simultaneously disliking him. The mixed emotions it brings about are beautiful, landing it a solid placement in the 10 best rock songs about war list.

Sabaton has dedicated its entire career to writing songs about war, so I had to include them. “To Hell and Back”. This one feels very much like pirate metal or nautical metal, but was actually intended to be a country-western-metal fusion

“To Hell and Back” is about Audie Murphy, one of the most well-known World War 2 soldiers, buried at Arlington Cemetery. The music video is supposed to be about what could have happened to Audie Murphy throughout his life.

Despite all the hate U2 got for putting that album on everyone’s Apple device, I’m still here for this one. “Sunday Bloody Sunday” is about the conflict in Northern Ireland.

This Drum-heavy hit from the Irish group from their 1983 album War. I enjoy this one because of how they infused the electric violin. Lyrically, they beg  “How long, how long must we sing this song?”

Bono once iterated during the group’s ‘83 tour that the song was not about rebelling, but rather, the unrest in Northern Ireland as a whole.

While Bob Dylan did a little bit of everything, this song is considered rock for its time. He speaks of people hiding behind walls and masks, but about how he sees through them.

Bob Dylan sings of playing with worlds, and destruction. This 1963 song was written in opposition to the Cold War. What I find really interesting about this one is that Dylan borrowed the melody from an old folk song, Nottamun Town.