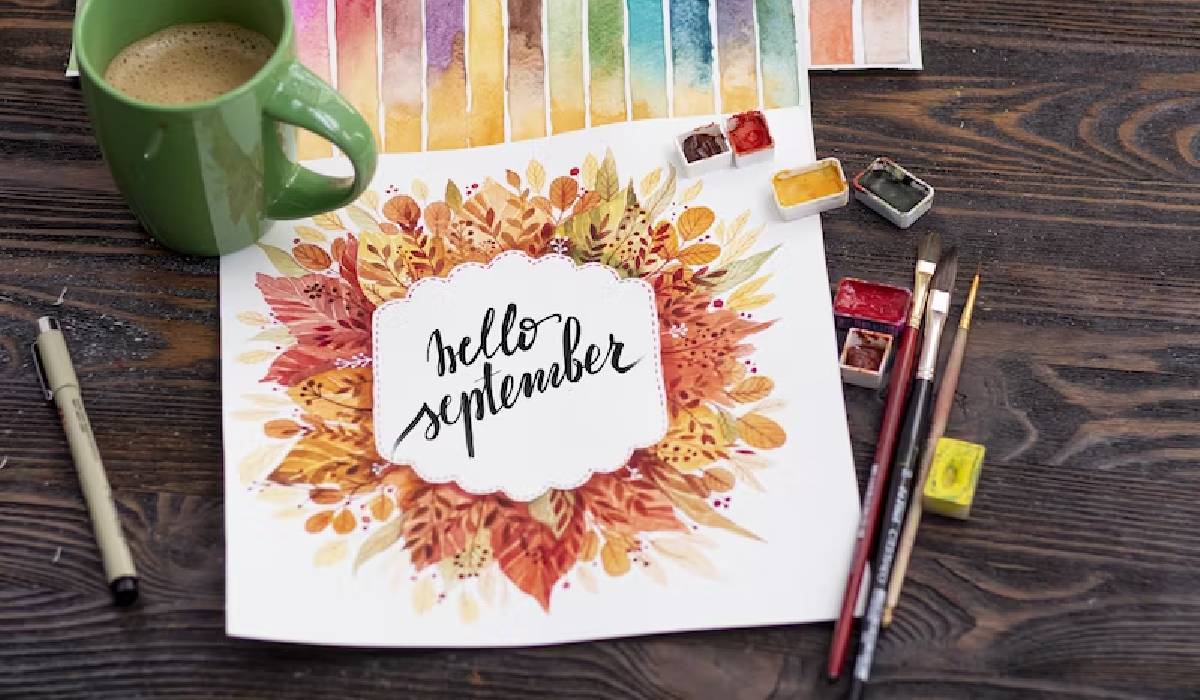 September is usually a colorful time for Americans as they usher in the fall and celebrate all things pumpkin spice. But, as you will see from my list below, it is also a great time for falling in love.

So without further ado, here is my list of the best songs about September!

1. Wake Me Up When September Ends by Green Day

The anniversary of a loved one’s passing is painful. Green Day singer Billie Joe Armstrong can relate to this, as seen by the release of “Wake Me Up When September Ends.” Released in 2004 on the album American Idiot, the song commemorates the loss of his father to cancer when the singer was only ten years old.

What better way to remember someone than by writing a song, Billy Joe tugs at the heartstrings as he sings of his pain and despair every September when the anniversary comes around. Let “Wake Me Up When September Ends” inspire you to honor your loved one.

From a sad song about September to a happy one, “September” is an upbeat dance track by the 70s band Earth, Wind & Fire. The song will surely add fun to your dance party with a disco feel and incredible falsettos.

“September” was released in 1978 on the album The Very Best of Earth, Wind & Fire, Vol 1, and is a song about finding love in September. Travel back to the good old 70s when you add “September” to your playlist.

3. The September of My Years by Frank Sinatra

While the song has a melancholy feel, Sinatra’s incredible voice brings life to this otherwise sad song as it describes his life passing by him. Add some classical music to your playlist when you give this magical song a spot on your September songs list.

Ethereal. That is just one way I would describe this beautiful song by none other than Van Morrison. While the song has no lyrics, the amalgamation of the various instruments creates a sound that is perfect for those lazy days reading a book by the fire.

“September Night” was released in 1983 and features on Van Morisson’s Inarticulate Speech of the Heart album.

Melissa Etheridge is known for her powerful vocal performances, so this 1988 release of “The Late September Dogs” comes as no surprise. Released on the album Melissa Etheridge, the song is about finding the one you love and calling for them to be with you.

“The Late September Dogs” is filled with so much imagery that it sounds like the singer is describing a dream, and it is a great addition to any music library. Add this track to your playlist, lay back with your eyes closed, and let your mind wander as you take in the lyrics.

Neil Diamond had female fans swooning with the release of his 1979 song “September Morn.” A mournful song about a couple finally reuniting after recently breaking up, it features on the album September Morn.

Have you been lucky enough to find love in the arms of an ex? Was it as magical as Diamond makes it sound? Give “September Morn” a listen to today and dream of what it would be like to reunite with the one that got away.

7. September Love by Kool & The Gang

“September Love” is a song about the good times that young love can bring. Released in 1983 by Kool & The Gang, the song featured on the album In The Heart. “September Love” is a melancholy, almost somber song that will have you in your feels as you think back on your childhood love.

Travel back in time to the 80s with Kool & The Gang when you add “September Love” to your playlist.

It seems that September, not February, is the month of love. Thanks to songs like “September” by singer Chris Daughtry, you, too, can believe that true love is possible. “September” was released in 2009 on the album Leave This Town.

Daughtry is known for their emotionally charged love songs, and “September” certainly ticks all the boxes. Give love a chance when you listen to “September” by Daughtry.

JP Cooper burst onto the music scene in 2017 with the release of his debut album, Raised Under Grey Skies. The second track off the album, “September Song,” quickly climbed the music charts as the singer gained more fame.

“September Song” describes young love at its best, and with its cute pop beat, it is the perfect addition to your playlist. Let JP Cooper’s incredible voice flood your home or car when you add “September Song” to your September playlist.

10. September When I First Met You by Barry White

Bringing us to the end of my list of the best songs about September is this 1978 offering by classic crooner Barry White. Moving away from his “regular” sound, “September When I First Met You” is more of a love song with the singer reminiscing about his past loves.

“September When I First Met You” was released on the album The Man and is a classic song from one of the 70s best-known singers. Let’s give love a chance, and add this song to your playlist today.

10 Best Songs About Kentucky of All Time, Ranked