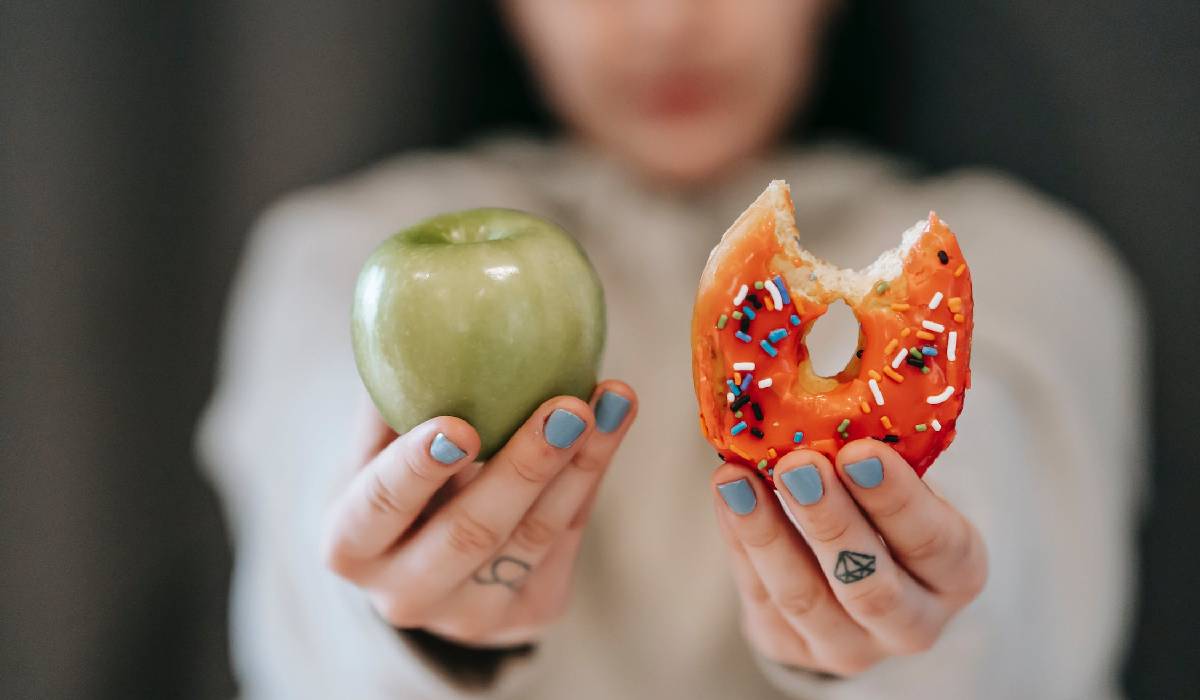 Writing a song is a fantastic way for musicians to express their emotions whilst simultaneously relating with their fans similar experiences, and just about every emotion in the dictionary has been covered. From love and lust to sadness and anger, there is a song for just about everything feeling out there.

Every emotion has its time and place, but I have always been particularly fond of songs that explore the feeling of temptation, and that is why today, I’m providing you with my list of the 10 best songs about temptation.

Tempted? Read on to find out which tracks I chose!

The first song on my list of the best songs about temptation simply has to be the appropriately named “Temptation” by Heaven 17. I will always remember hearing this song for the first time when watching the film Trainspotting, and despite that being one of my favorite OSTs of all time, “Temptation” still stuck out as one of the best tracks!

2. “You Should Probably Leave” by Chris Stapleton

Temptation may seem like a one-dimensional and animalistic feeling in the human body, but it’s actually very complex and has been explored by musicians in many ways. Whilst the previously mentioned Heaven 17 song explored the excitement of sexual temptation, this track song “You Should Probably Leave” by Chris Stapleton takes a more serious angle on temptation.

In this song, Stapleton expresses how temptation can lead to negative consequences, and how sometimes you have to be the better person and brush your temptations aside.

3. “Temptation Eyes” by The Grass Roots

Temptation is everywhere in the lusty and sexually charged music of the 21st century, but that doesn’t mean that it’s something new. Bands have been writing songs about temptation for decades, such as the 1969 hit “Temptation Eyes” by The Grass Roots.

I remember my Dad showing me this track years ago and telling me that the lyrics reminded him of how he felt when he met my mother. I know it came from a sweet place in his heart, but I couldn’t help but gag after these words left his mouth.

4. “For Sale? (Interlude)” by Kendrick Lamar

So far every song on this list of the best songs about temptation has been written about the temptations of love and lust, but temptation can be associated with other things too. For example, in “For Sale? (Interlude)”, Kendrick discusses the temptations of vices such as drugs and superficial purchases, and the process of battling them to maintain his creativity and fame.

As usual, Kendrick came through with true wisdom in this one – are you really surprised?

The only problem with writing an article about the best songs about temptation is that the subject is explored in just about every genre out there, and therefore this list is beginning to sound like a trainwreck. This next song might stand out in comparison to what we have heard so far, but I’m a huge fan of Rupee’s “Tempted 2 Touch”.

As the name suggests, this RnB banger explains Rupee’s battle with temptation when he sees sexy ladies dancing in the club. Just go up and talk to them Rupee, come on man!

It’s funny how things change over the years – I remember hearing “Tempted” by Squeeze as a kid and actively disliking it because my mum played it all the time, but now that memory is full of happy nostalgia. I could barely read and write at that point, so forgive me for not realizing how wonderfully Jools Holland and the gang describe the temptations couples face to skip work and cuddle all day.

It’s a beautifully wholesome track about love and temptation… I simply couldn’t miss it from this article!

7. “I Wanna Be Sedated” by The Ramones

Does this next track really need any explanation as to how it ended up on this list of the best songs about temptation? Not only is this one of the most energetic and catchy tracks on this list, but it features some perfectly crafted lyrics about the temptation of drugs, something that was incredibly edgy and frowned upon back when this was released in 1978.

Trust me though – it may be a great song, but it’s much wiser to succumb to the temptations of love and romance, than that of sedatives.

Remember when I mentioned how “Temptation” by Heaven 17 was featured in the movie Trainspotting? Well, believe it or not, that was not the only song called “Temptation” in that movie, with New Order’s track having a feature too!

Whilst neither of these songs is explicitly about the temptation of heroin (a prevalent theme in Trainspotting), I think it’s fair to say that Danny Boyle knew what he was doing when he was curating the soundtrack!

Throughout writing this list of the best songs about temptation, I messed up – I accidentally listed all my favorites at the start, and now I’m settling for including Wet Wet Wet towards the end. I’ll be honest, I’m really not a fan of this band or even this song, but my friends and family love singing their hearts out to it, so I thought I’d include it just for them.

Well, we’ve reached the end of my article on the best songs about temptation, and the whole time I’ve been writing this I’ve heard my Grandma screaming in my mind, “WHERE’S BILLY JOEL?”

She absolutely loved Billy Joel, and I must say that this romantic number “Temptation” beautifully depicts the feeling of temptation in a relationship – she had great taste. This one’s for you, nanny!