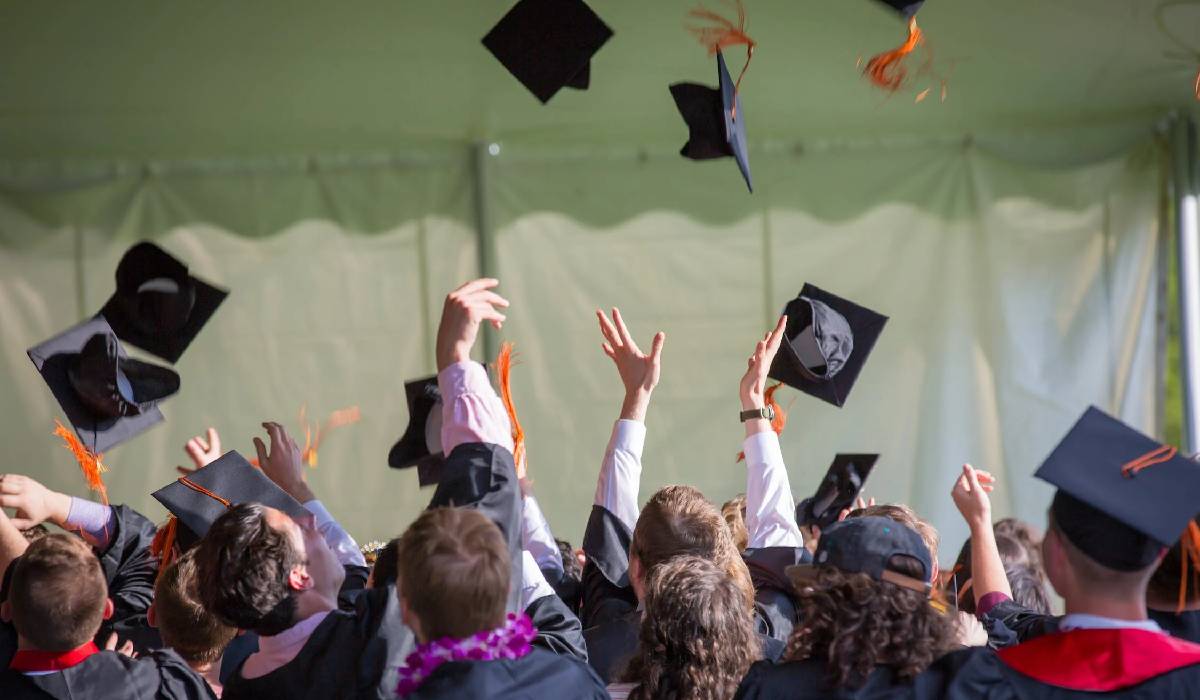 The last day of school – the best day of every year for every student. It’s a day filled with high energy, cheering, and celebration and deserves an appropriate soundtrack to match the euphoria you feel when vacation finally starts.

If your last day of school is coming up, then you’ve come to the right place. Along with academic experts from a professional essay writing service I’ve put together this list of some of the best last day of school songs to get you in the mood for partying.

Let’s get into it!

1. School’s Out by Alice Cooper

Starting us off is “School’s Out” by Alice Cooper. The track opens with powerful, punchy guitar power chords that set the mood for the rest of the song – high energy, rebellious, and totally celebratory.

If you’re a fan of the rock n’ roll genre and want a song to get you pumped up for your upcoming vacation, then I highly recommend checking out this track. It’s one of Alice’s most famous numbers, and it’s clear to see why.

2. We are the Champions by Queen

There’s no way that I couldn’t include one of Queen’s most iconic numbers. It’s no surprise that “We are the Champions” became as famous as it is today – it’s the definition of an anthem and truly embodies that feeling of walking out of your classroom for the last time before vacation.

The incredible harmonies, powerful lead vocals by Freddie Mercury, and incredible backing track will get your blood pumping and adrenaline rushing. The lyrics really resonate and bring about that feeling of celebration that makes you feel like you could conquer the world.

3. The Final Countdown by Europe

If you’re looking for an epic track that will make you feel like you’ve walked straight into an action movie scene, then “The Final Countdown” by Europe is the song for you. With its iconic horn solo and powerful electric guitar, this song really makes you feel like a rockstar.

It’s definitely one of those songs that could be the soundtrack to your summer vacation, especially if you’re the adventurous type who enjoys a good rush of adrenaline. And if you’ve never heard “The Final Countdown” before, then you haven’t truly lived!

4. Celebration by Kool & The Gang

If you love good vibes and high-energy funk tracks that lift your mood, then you need to add “Celebration” by Kool & The Gang to your best last day of school playlist. It’s the definition of a funk song, and there must be magic in the music – you just can’t help but feel joyous when listening to this track.

The chorus is incredibly catchy, and you’ll be humming it for days after listening to this track. It’s one of my favorite songs of all time, and I just had to include it on this list.

5. Get The Party Started by P!nk

This track is for all the punks out there. P!nk took the world by storm with her signature punk rock style, her fierce attitude, and the versatility of her music – her songs speak to the rebels in all of us, and if you’ve ever felt like you didn’t fit in, I strongly suggest checking P!nk out.

“Get The Party Started” is a track that invites you to let loose and get a little crazy. The music video is insanely cool, and while it definitely screams 2000s energy, I think that it’s one of the best ‘last day of school’ songs out there.

6. Let’s Get It Started by The Black Eyed Peas

If you’ve never heard a song by The Black Eyed Peas before, then frankly, you’re missing out. “Let’s Get It Started” holds a similar energy to “Get The Party Started” but is definitely a little more electronic and current in its sound.

Will.I.Am’s signature vocals are addictive, and the backing track is just begging to be danced to. This is a great song to blast in your earphones as you step out of the school grounds for the last time before your summer vacation.

7. Good Riddance (Time of Your Life) by Green Day

The track boasts a nostalgic, almost melancholy sound that’s great for students who are about to graduate and move on to the next phase of their lives. It’s also one of the band’s most famous songs, and it’s clear to see why.

Another laid-back rock n roll song, “Photograph” by Nickelback, brings a more melancholy feeling to the last day of school.

It has a relatively slow tempo, and the vocals are pretty powerful and emotional. You will be hard-pressed to find someone who won’t tap their foot or bob their head to this song.

Alphaville’s “Forever Young,” as you may have guessed from the title, embodies the romantic view that many young people have of youth.

Despite its pretty emotional subject matter, it’s a great song to blast while you’re on summer vacation, and you feel like the days could last forever. “Forever Young” encourages you to savor your youth, and I suggest you heed its advice!

10. Don’t You (Forget About Me) by Simple Minds

With its upbeat tempo, energetic instrumentation, and powerful vocals, “Don’t You (Forget About Me) by Simple Minds is one of the best ‘last day of school’ songs for several reasons.

It’s great for getting you in a dancing mood and is a fantastic choice for any old soul that enjoys the sound of yesteryear.