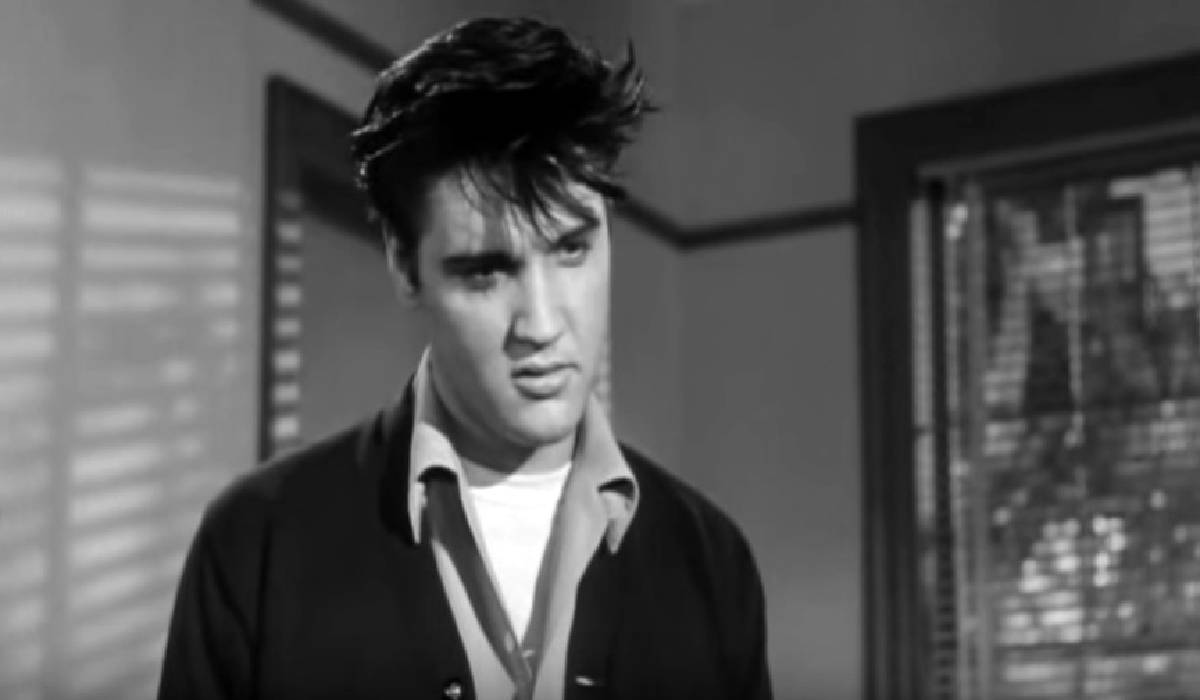 A very bright light in the music world went dim the day the world had to say goodbye to Elvis Presley. While many of us were not born in the times of Elvis, his music lives on, giving us a chance to listen to some of the best music ever made.

This list will have you in absolute awe as you hear one of the most prolific voices of all time performing the music he was so famous for.

So without further ado, here is my list of the saddest Elvis songs from his career.

The first song on my list of the saddest Levis songs takes us back to 1967. Released on the album How Great Thou Art, “You’ll Never Walk Alone” is a song that serves as a reminder that we are never truly alone if we have our faith guiding us.

The song came at a time when Elvis was a household name across America and the world and was one of the singer’s best hits in the 60s. Give this classic a listen when you add it to your Elvis playlist.

The psychedelic song “Blue Moon” might not be an original song by Elvis Presley, but it is with the greatest of confidence that I say that his version (released in 1954) is the best of the lot. Telling the story of a man who is lonely and wishing he had someone to love, “Blue Moon” was originally recorded in 1934.

The song is a rather popular one and has been re-recorded by numerous artists over the years and decades. See for yourself what the fuss is all about when you add “Blue Moon” to your playlist of Elvis songs.

Elvis Presley is well known for his love ballads. “Kentucky Rain” is just one of many songs that sees the singer in search of the woman who left him and was released in 1969. Only Elvis can capture the desperation and longing of this rather relatable feeling quite so well.

Featured on the album From Elvis in Memphis, “Kentucky Rain” is a must-listen for those days when you miss that special someone and need to have a good cry. Add it to your breakup song list today, and remember to have the tissues handy when you do.

You haven’t heard Elvis sing “I’ll Remember You” until you have listened to this live version recorded in 1973 at a gig in Honolulu. Released in 1966 on the album Spinout, the song is a classic from this crooner and features at number four on my list.

1969’s release of “After Loving You” was met with rave reviews as fans were treated to a brilliant performance by Elvis. The song featured on the album From Elvis in Memphis and is a must-listen for Elvis fans everywhere.

Without giving away too much detail, I will say that the song is about loving someone so much that you cannot imagine a life without them. Dedicate the love song to your significant other as you express your love for them through song.

You’ll be surprised to know that Elvis Presley’s song “He Touched Me” is a gospel song that sees the King show his religious roots in a song that speaks of the healing power of Jesus’ word.

Featured at number six on my list, “He Touched Me” was released in 1972 on the album of the same name. Give this old gospel classic a listen and hear Elvis in a way you’ve never heard him before.

Elvis Presley’s hit “Heartbreak Hotel” is hands down one of the singer’s biggest hits and was recorded in 1956 for the soundtrack to the movie G.I. Blues. Popularly featured in the later movie Forrest Gump, the song is one of those songs you know the words to the minute it comes on.

Show Elvis some love as you listen to his song about a place where the brokenhearted can go to sit together in misery. Add it to your breakup playlist and let yourself wallow for a bit with some good old Elvis playing in the background.

8. That’s Someone You Never Forget

A love song about someone who will always be in your heart long after they are gone. This is just one way I would describe this 1962 song by Elvis Presley. “That’s Someone You Never Forget” was recorded for the album Pot Luck and is a must for your Elvis playlist.

Experience the incredible talent of the King when you give “That’s Someone You Never Forget” a listen today.

This live version of Elvis Presley’s 1970 hit “Polk Salad Annie” will blow you away as you hear the singer take on this powerful song with the greatest of ease. Elvis was known for his incredible vocal talents, and this song, that featured on the album On Stage deserves a listen immediately.

Add some classic Elvis to your day when you give “Polk Salad Annie” a listen. The song is upbeat but tells the sad tale of a girl he once loved. Turn up the volume and dance in your living room to this song about a girl named Annie.

The very last song on my list of the saddest Elvis songs is one that was released in 1973. “You Gave Me a Mountain” is another love ballad that sees the singer deal with some pretty big emotions after a breakup.

This relatable song was a big hit for the star and was performed at sold-out concerts around America. Add “You Gave Me a Mountain” to your playlist today and experience Elvis’s amazing talent as he sings a love song that will have you singing along.

10 Saddest Harry Styles Songs That Will Make You Cry