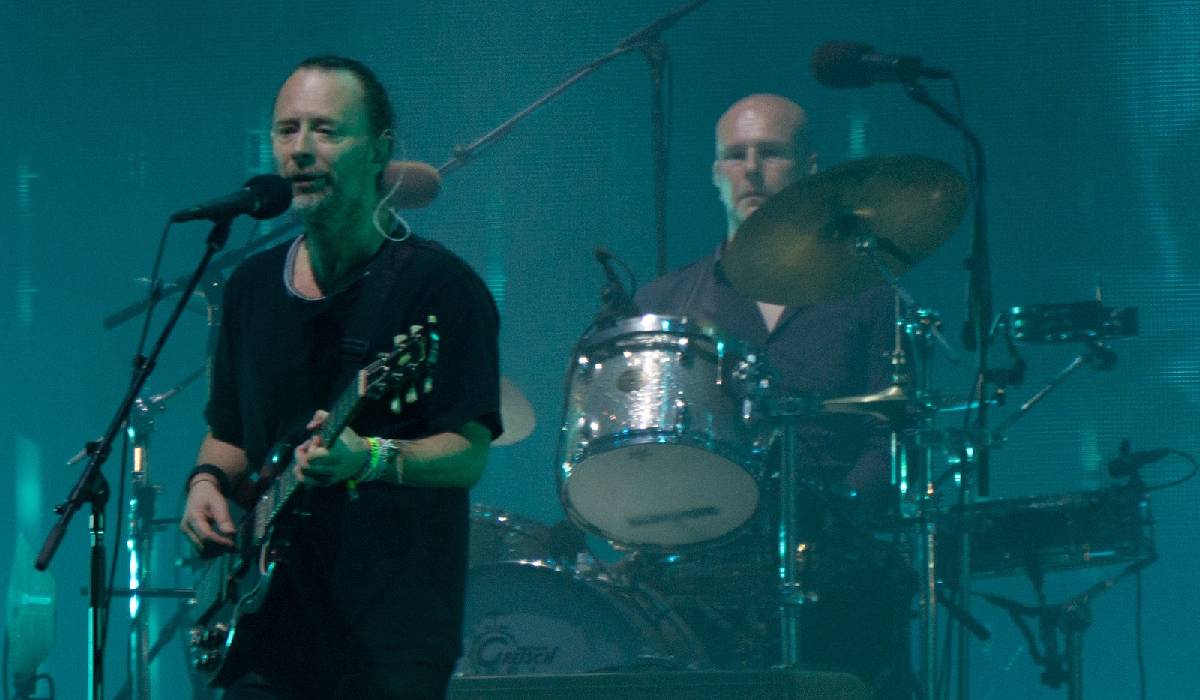 With a vast discography that covers a blend of unique and influenced sounds, Radiohead is still loved by many worldwide. Considering the depth of their career, they left a mark on multiple generations of music lovers.

They have a long list of popular songs, many of which are immediately recognized from the first note alone due to their years of popularity.

So without further ado, here is my list of the 10 best Radiohead love songs of all time!

Carrying a very somber and melancholic tone, this record hits the heart heavily with a deep piano melody and vocals that provide a sweet contrast. It really lets listeners sink into their thoughts and feelings, as there’s plenty of open space with rippling notes in between vocals.

“True Love Waits” has many timeless qualities that people can appreciate regardless of their music preferences or how old they are. Due to its organic approach, it’s evident why so many fans latched onto the record.

From their album In Rainbows, Radiohead gave listeners their record “All I Need” which has a gritty take on the production. The vocals may be soft, but the instrumental can be anxiety-inducing, and it does an excellent job of reflecting dwelling emotions.

I can say wholeheartedly this is one of the best Radiohead love songs, as the production and vocals perfectly encapsulate the gripping nature of caring for someone else. Some solace can be found in the lyrics, but the dynamics of the instrumental can be a bit hard to shake off.

Starting off with an impactful acoustic melody, this record hits home for many listeners, and the instrumental has somewhat of an inspirational tone. Even if the vocals are relatively sad, the production as a whole has a positive and uplifting dynamic to it.

The record slowly builds, adding on new layers incrementally, and it reaches many peaks that can be fairly overwhelming. You won’t be able to ignore the overall message, and it’s a record that many fans hold close to their heart.

Offering a little more energy, “Jigsaw Falling Into Place” has a leisure take on the direction of the production. With an upbeat yet light drumkit to carry the tempo, it gives the vocalist to float across the record with ease.

I also can’t deny the fact that the record is pretty catchy, even with its minimal layers. Although the lyrics can be interpreted as somewhat heartwrenching, the contrast in the production gives the song a nonchalant sound.

This is a record where Radiohead takes a fairly cinematic approach, and it works from every angle. You’ll first get reeled in by heavy piano chords that act as the bare bones of the production, and as the song progresses, the dynamics keep getting stacked on.

“Pyramid Song” remains pretty simple all throughout, but that doesn’t mean it won’t pull at your heartstrings as it sends listeners through waves of emotions. About halfway through, they incorporate a blend of synth and orchestral melodies that keep listeners locked in.

If you prefer to sink into the vocals of a song, “House of Cards” is a suitable choice as it primarily focuses on the impact of every word. Although it has a light and melancholic instrumentation, it stays in a downtempo state that gives the lyrics all of the spotlight.

Then again, as new melody layers appear in the song, they take the emotion of the record in numerous directions, offering a nice contrast. With light percussion and background melodies, you won’t ever be distracted from the message on this record.

As the percussion holds a sporadic pace, I feel it reflects the confusion, frustration, and wonder that comes with love and affection. In the same vein, the other melody layers all seem to take their own lane without ever sounding out of tune.

Some aspects of the record are rather catchy, even with the seemingly scrambled direction of the production, as there are many conflicting aspects. As usual, the vocals are lighthearted, but that doesn’t take away from the impact of the overall tone.

A stellar record from their album Pablo Honey, it takes an acoustic approach that provides enough variation to keep listeners encapsulated. With a heartwarming message that many people can relate to, its relatable approach is what makes it one of the best Radiohead love songs, in my opinion.

The lyrics bring ups and downs throughout the story, and it’s another record from the group that anyone can latch onto as it speaks on very human aspects of life. You won’t find many new melody layers as the song progresses, yet it never gets boring to listen to.

“Motion Picture Soundtrack” takes an ethereal route with the production that’s truly captivating from every angle. With a perfect blend of organic and synthetic melodies, you can easily get lost in the dynamics the song has to offer.

Even as the layers stack on, the record carries a clean mix that never sounds too convoluted. Above all, the sweet and lofty vocals perfectly match the tone of the instrumentation, and it builds a cinematic quality that you never want to end.

This record carries an eccentric production value that you won’t be able to shake off, and its ability to convey distraught emotions is part of what makes it one of the best Radiohead love songs on this list. It’s odd but unique enough to keep you listening for what happens next.

You’ll find the dynamics and production value are pretty relentless and unforgiving, yet beautiful in their own way. Considering its unique qualities, I feel it’s a great example of a song that simply can’t be replicated, and it’s apparent why this is a stand-out choice for many fans.

10 Best Songs About Young Love of All Time, Ranked