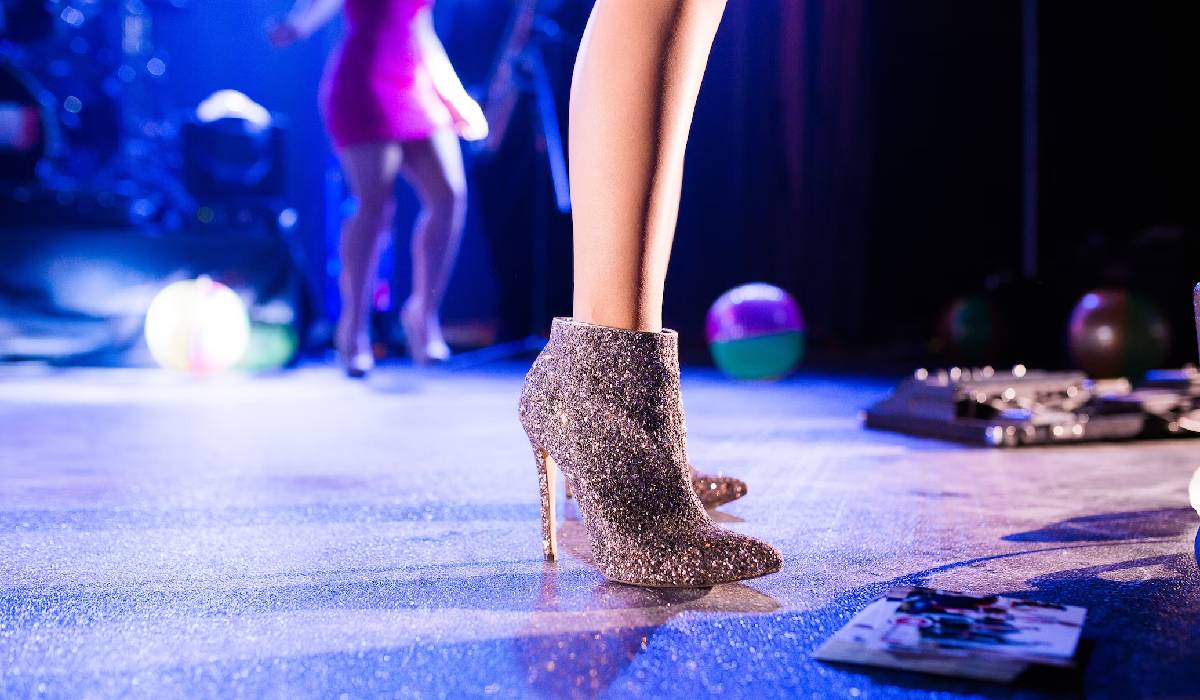 Have you ever heard a song and thought ‘Wow, this sound would make one hell of a stripping song’? There are some real belters out there when it comes to stripper rock songs, and while most of them are from the 70s/80s there are some new bands getting in on the stripper songs too!

Let’s start with one of my favorites: the classic “American Woman” by Lenny Kravitz. Now not everyone knows that Lenny covered this song, it was originally written by the Canadian band Guess Who, from the album American Woman. The original is okay, but Lenny Kravitz’s cover steps it up a gear and makes it a fantastic stripping song. It was even used for the soundtrack of the film Austin Powers: The Spy Who Shagged Me.

With its sexy guitar riff in the intro and powerful drumbeat, this makes a great stripping song to introduce our best stripper rock songs list.

Any song about pouring anything on yourself deserves to make it into this list, right? “Pour Some Sugar On Me” by Def Leppard is a well-renowned stripper favorite, giving whoever’s dancing to it the ability to ooze sex appeal and confidence.

From the 1987 album Hysteria, this song is a real classic and makes a truly great lap-dance/stripper song.

Here’s another classic for you – if you don’t have “I Love Rock and Roll” by Joan Jett and the Blackhearts on your stripping playlist, you can’t call yourself a real stripper. This song was originally released by a British band called Arrows in 1975, but it was picked up and made legendary by Joan Jett just 6 years later.

It’s since been covered by Britney Spears, Alex Gaudino and Jason Rooney, and even LadBaby. It’s been in the charts more times than we can count!

The video for this classic stripper rock song is based in a strip club, so we couldn’t not include it! “Girls, Girls, Girls” by Motley Crue is probably the first song most people think of when it comes to the stripper songs, and after watching the video it’s very obvious why.

This belter of a tune just makes you want to dance, with Vince Neil’s throaty vocals and the edgy guitar riffs. Released in 1987 on the band’s Girls, Girls, Girls album, this is a song that is still played in strip clubs today.

Songs featuring candy or food tend to be picked up by strip clubs, and this is one of the best. “Rock Candy” by Montrose is a cult stripper hit from their debut album Monstrose. “Hard, sweet, and sticky” – now if those aren’t lyrics that pair well with a lapdance/strip club then we don’t know what are!

This classic strip song has an iconic intro drum beat by the band’s drummer Denny Carmassi and has been featured in many films and tv shows such as The Stoned Age, A Star is Born, My Name is Earl, and Live from Daryl’s House.

This next song really wouldn’t be on this list if it wasn’t for the iconic Kate Moss pole dancing video. “I Just Don’t Know What To Do With Myself” was originally recorded by Chuck Jackson in 1962, and subsequently covered by Dusty Springfield in 1964, but it transformed into the ultimate stripping song when it was covered by The White Stripes in 2003 and released on their album Elephant.

Those sexy guitar riffs paired with supermodel Kate Moss strutting her stuff around a pole – there’s no way it wasn’t going on our list.

“Talk Dirty To Me” by glam-metal band Poison is next up on our list, and this song oozes 80s energy and sex appeal. Released on their album Look What the Cat Dragged In, this song was well-received in the 80s and quickly made its way into strip clubs and bars.

The lyrics are infinitely sexy, and that distinctive guitar riff is bound to get anyone up there on the dance floor.

Industrial rock band Nine Inch Nails released some edgy music in their time, but “Closer” is a firm favorite of mine that I can totally see in some of the grungier strip clubs out there. Released on the album The Downward Spiral, this song has a sexually aggressive chorus that meant I couldn’t not include it on this list.

Lyrics such as “I want to f*** you like an animal” and the bizarre music video set in a laboratory with singer Trent Reznor wearing an S&M mask give this song instant stripper vibes, perhaps of a darker nature than your classic strip club.

Glam metal bands really did release some great songs, and here’s one that’s no exception. “Shake Me” by the American band Cinderella is a classic stripper song, with great lyrics such as “Shake Me All Night” dominating the chorus.

Very much an underrated 80s band, Cinderella knew how to rock a strip club with their sexy tunes.

And we end with an absolute classic that most people will have heard if they frequented strip clubs in the 80s. “Rock You Like A Hurricane” by German rock band Scorpions from their Love at First Sting album is a well-known classic that makes you feel confident and sexy.

The lyrics such as “lust is in cages ‘til storm breaks loose’ and ‘desire is coming, it breaks out loud’ earn this song its place in our Top 10 Best Stripper Rock Songs.