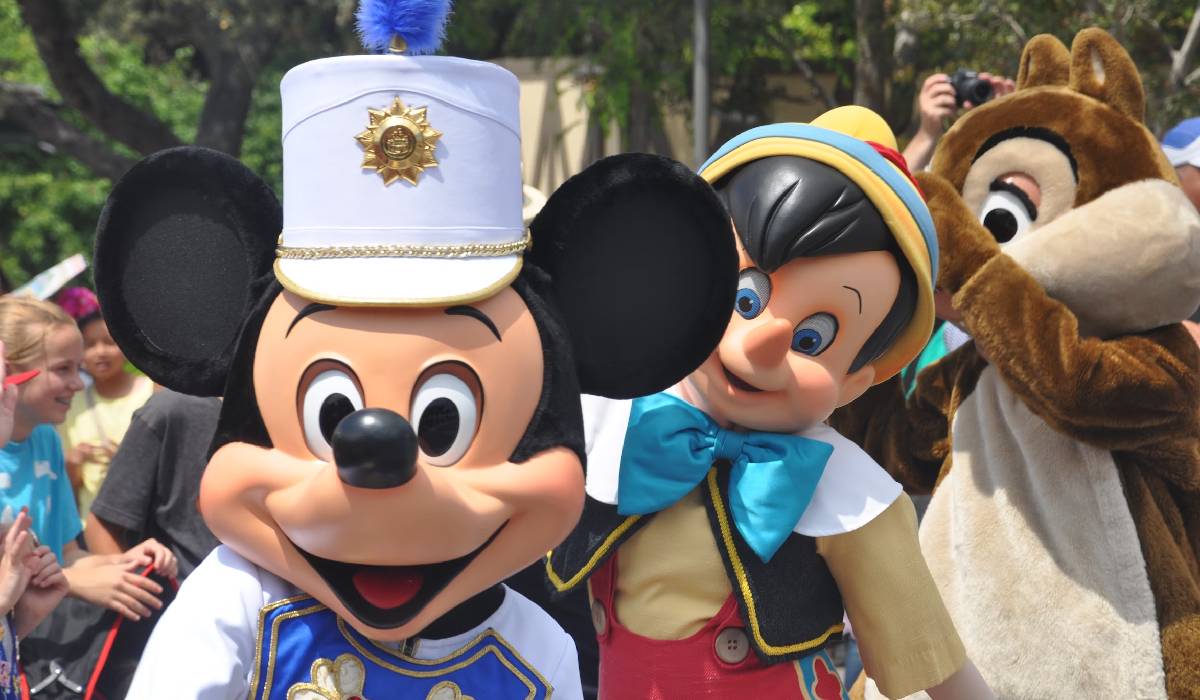 Widely known for an excellent range of music over the years, Disney doesn’t ever miss when it comes to the theatrics and high energy in their musical productions. They have a stellar track record when it comes to producing songs that people will love, many of which make a lasting impression that never goes away.

A lot of them are built in a way that makes people want to sing along, which only adds to their memorable aspects of them.

So without further ado, here is my list of the best Disney duet songs of all time!

A song from one of their most popular movies in recent years, “I See the Light” was featured in their movie Tangled. Not only does it deliver an outstanding and family-friendly production quality, but it also comes with many memorable lyrics.

It features a duet with male and female vocals and brings a heartwarming tone at every turn that anyone can enjoy. With a hint of fantasy and a melancholic tone throughout the production, its cinematic qualities fill you with feelings of joy.

Without a doubt, “A Whole New World” is one of the most classic Disney songs on this list, as it became a staple among of generation of people who grew up around the movie. Although the record has many qualities you can appreciate, the chorus of the song is what people love most.

It’s full of whimsical dynamics, and the record’s loving nature has warmed many’s hearts over the years. Many would agree that the song won’t ever go out of style, and it’s among the best Disney duet songs.

“Love Is an Open Door” is a catchy record from the movie Frozen, which is a fan favorite among many young viewers; it’s perfect for the whole family, and the message in the lyrics is quite honest and relatable to most people.

The instrumental is well thought out and offers many uplifting dynamics that’ll put anyone in a good mood. Even if the record doesn’t have the level of impact as others, it’s still a huge hit compared to others in the Frozen franchise.

An iconic part of Disney music in the 1990s, “Hakuna Matata” became a well-loved record among many children from that era. Now, it acts as a dose of nostalgia any time the song gets played, and it’s still loved by all, no matter how many times they’ve heard it.

The production itself is catchy and carries many lighthearted dynamics that offer a substantial amount of energy. Overall, the lyrics and cadence make you want to sing along, and it’s a Disney song that’s loved all over the world.

5. For the First Time in Forever

Featuring a decent range of orchestral and cinematic qualities, this record boasts an uptempo theme, and the vocal range of the singers is quite impressive. The production as a whole is top-notch, and it exudes every element that Disney music is known for.

With many ups and downs, the message and vocal talent keep you around until the end, and you can easily see why kids would love it. Even if you can’t relate to the lyrics, the production value will tug at your emotions in more ways than one.

Another hit from the original Lion King movie, the dynamics in the vocals of this record are full of excitement that is bound to captivate you every time. Due to the structure of the song, it’s a perfect example of what the best Disney duet songs would sound like.

This is one of those Disney records that’s entirely timeless, and the instrumentation is thorough and addictive in its own right. Full of layered vocals that gave it their all, “I Just Can’t Wait to be King” is a favorite for many people who grew up with the film.

Beauty and The Beast have plenty of loveable qualities from the animation, voice acting, and of course, the music that Disney is so good at producing. “Gaston” has many catchy elements from the lyrics, cadence, and vocal dynamics.

Although it remains in the background for the most part, the instrumentation carries a style that sounds perfect for ballroom dancing. There’s a witty and charismatic nature to the quirks of the production, which is exactly why so many people love what the song has to offer.

There’s a calm nature to this record that has the ability to serenade listeners, and there’s plenty of open space to let the instrumentation shine through. With male and female vocals trading off, it’s one of the best Disney duet songs on this list.

Featuring swaying string melodies that are melancholic yet equally impactful, they perfectly match the energy of the vocals throughout the track. In the usual Disney fashion, there’s also a hidden and important message riddled throughout the lyrics.

9. Once Upon a Dream

A personal favorite from the movie Sleeping Beauty, “Once Upon a Dream” has a nostalgic and classic sound to it that isn’t really found in modern Disney music. From the audio quality alone, you can almost tell what era this song is from.

It features an excellent storytelling structure with a heartfelt message that many people became attached to. With many whimsical and dreamlike melodies, there’s a pure dynamic to this record that’ll always put people in a trance.

Known for many catchy records throughout the entire movie, Jungle Book is a movie that quickly became a favorite from the moment they saw it for the first time. “The Bare Necessities” is likely to be the most memorable, as the lyrics sunk into the minds of everyone and will stick with them for a lifetime.

The production value intentionally took a sound from a bygone era, and it worked out perfectly, as it couldn’t be any more enticing. Disney has produced many songs that are built for a duet, and this is easily one of the best.

10 Best Songs to Wake Up to in the Morning, Ranked