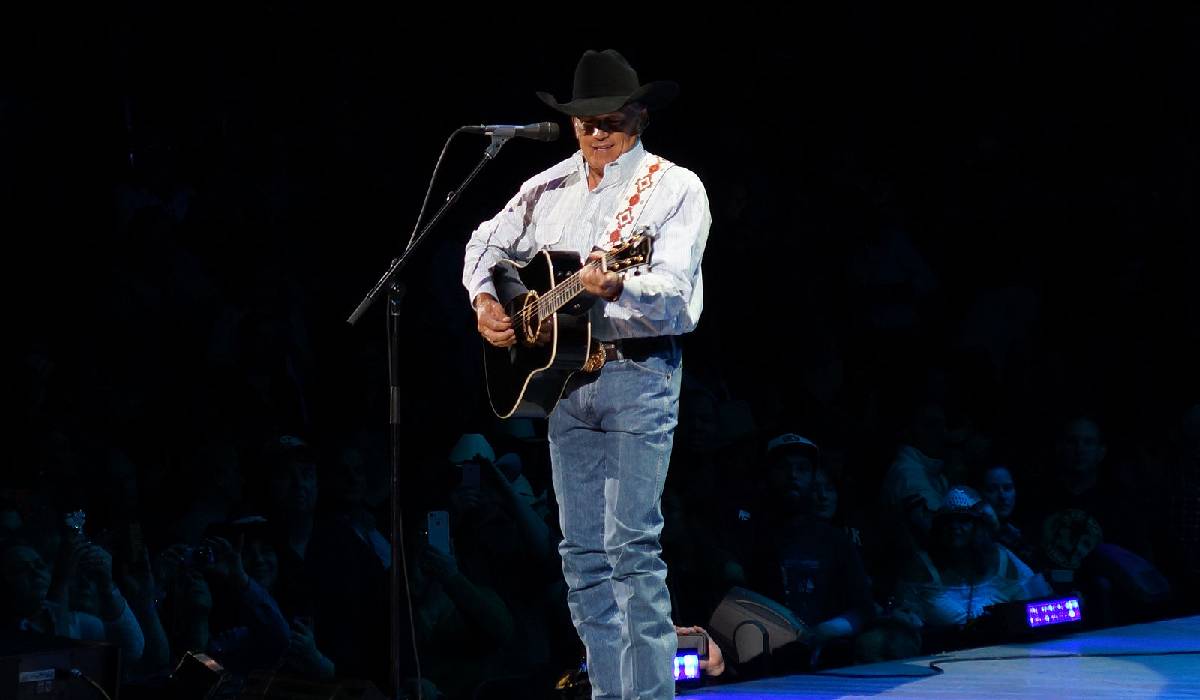 Whether you personally love it or hate it this time of year, the holidays are upon us, and Christmas music is great to add some festive cheer to your holidays and is the perfect accompaniment for a Christmas party or just to play while preparing for Christmas with your family.

Let’s jump Strait in and look at the best Christmas songs by country legend George Strait!

Do you bake Christmas cookies with the kids? If you do, this 2021 release by George Strait is the ideal song to play as you dirty up the kitchen and serve up a batch of baked goodness this holiday season.

“Christmas Cookies” is an original song by Strait and featured on his album Strait to Christmas: Holiday Jams. The song sees Strait use cheery imagery to describe one of the many things that make Christmas special, and it is featured at number one on my list.

Get nostalgic when you listen to “Old Time Christmas” on my George Strait songlist for Christmas. Who knows, it might just unlock those special memories you thought were gone forever.

It is easy to forget the real reason we celebrate Christmas as we get tied up with shopping, spending time with friends, and the manic frenzy of decorating our homes. George Strait reminds us of the spirit of Christmas with his sweet song “For Christ’s Sake, It’s Christmas.”

The song was released in 1986 on the singer’s album Merry Christmas Strait to You! and is a reminder to us all to pause what we are doing and remember that Christmas is a magical time to take a moment to celebrate the birth of Jesus Christ.

1986 saw the release of country singer George Strait’s Christmas album titled Merry Christmas Strait to You! The album is perfect for listening to at Christmas time and has some of the best Christmas songs to bring festive joy to your home.

Do you remember the excitement you felt at Christmas time as a child? Relive those happy memories when you listen to George Strait’s 1999 hit song “Santa’s On His Way.” The song was recorded for his holiday album Merry Christmas Wherever You Are and is the best way to bring some much-needed holiday cheer to your home.

“Santa’s On His Way” deserves a spot on your holiday playlist and will have you counting down the days to Christmas when you give it a listen, as it features at number four on mine.

You’re never too old to listen to Christmas songs that bring joy to children across the world. “Frosty The Snowman” is just one of these songs, and it was covered by country singer George Strait in 1986.

The song featured on his album Merry Christmas Strait to You! and is one of the beloved songs of many people worldwide as it describes a magical snowman that visits at Christmas. Add “Frosty The Snowman” to your playlist and take a trip down memory lane.

7. What a Merry Christmas This Could Be

George Strait’s 1986 release of “What a Merry Christmas This Could Be” will have you missing that someone special as you hear the singer describe the joy of spending Christmas with your loved ones. Recorded for the album Merry Christmas Strait to You!, the song is a classic country song about heartbreak in the holidays.

Think of happier times as you listen to “What a Merry Christmas This Could Be” when you add it to your Christmas playlist. It comes in at number seven on my list and is a sad love song about losing someone special.

8. I Know What I Want For Christmas

Do you know what you want for Christmas? George Strait wants nothing to be with his girl these holidays, as he sings in his 1999 release of “I Know What I Want for Christmas.” In this sappy love song, Strait sings about missing his girl and wishing she was home for Christmas.

“I Know What I Want for Christmas” was recorded for the album Merry Christmas Wherever You Are and is a worthy addition to your playlist of love songs about Christmas. Give it a listen today as you think of that special someone.

If you’ve been searching for the perfect country Christmas song to add to your holiday playlist, you can stop because the search is over. “White Christmas” is a country cover of a beloved Christmas song that was recorded for the album Merry Christmas Strait to You! In 1986 by George Strait.

We could all stand to do with a bit of country music in our lives, and George Strait makes it easy with his collection of honky tonk Christmas songs that are ideal for any holiday party. Add it to your playlist today and enjoy the soothing sounds of George Strait as he sings one of the most well-known Christmas songs in the world.

10. When It’s Christmas Time in Texas

Taking up the last spot on my playlist of the best George Strait Christmas songs is a true country song about Christmas in the Lone Star state. “When It’s Christmas Time in Texas” was recorded in 1986 and features on the singer’s album Merry Christmas Strait to You!

Enjoy Christmas with your loved ones as George Strait adds his vocal talents to your holiday party this year by listening to his best Christmas songs.