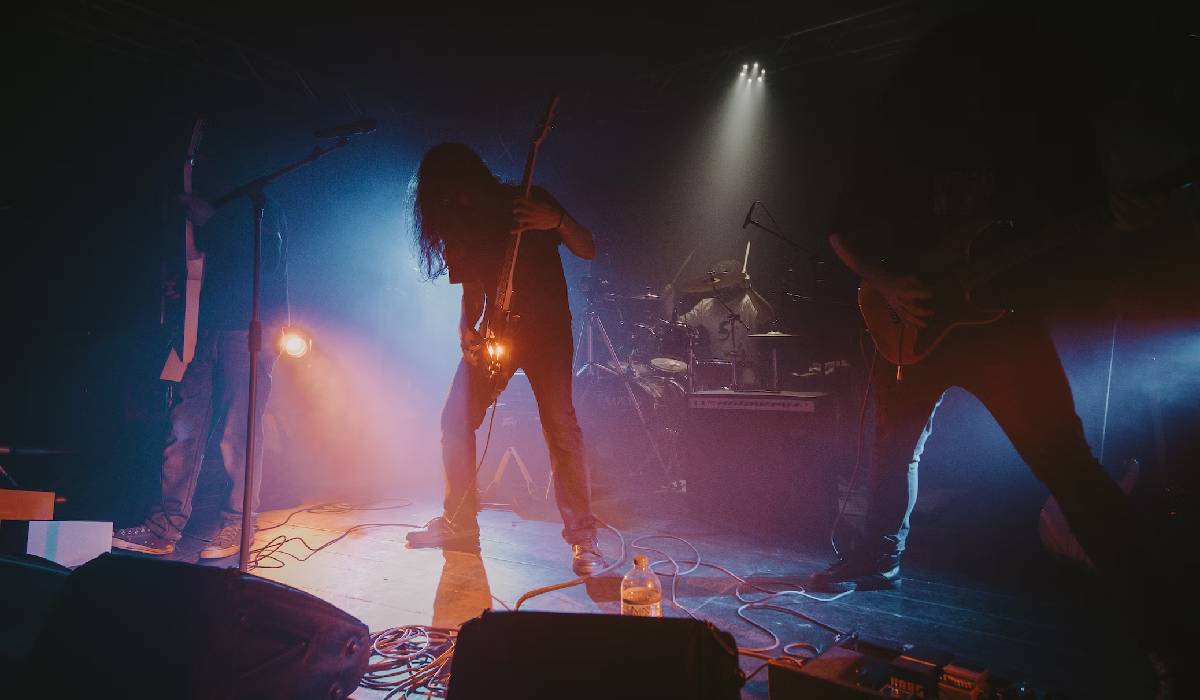 A theme of music that’s been twisted with a unique flair across almost any genre of music, Christmas songs are pretty popular around the same time every year. Most people have a handful of traditional favorites, but you can find many of them manipulated by modern genres of music.

So without further ado, here is my list of the best metal christmas songs of all time!

1. No Presents for Christmas – King Diamond

Starting off with a familiar note progression, this record doesn’t take long to switch up entirely. Within seconds, the song takes a turn toward the metal genre, featuring aggressive drum patterns and erratic electric guitar melodies.

The energy gets taken up a notch in short order, and the rolling kicks and percussion do a great job of carrying the percussion. I’d say the cherry on top is the dynamics and energy that come from the vocals.

Iron Maiden is quite popular on their own, and their record “Another Rock and Roll Christmas” perfectly encapsulates many tropes about the holiday season. The production represents the sound they’re known for, but the lyrics carry a festive tone all throughout.

The track features a classic-sounding recording quality, and the instrumentation doesn’t change too much. Most of the focus in this record surrounds the vocals, which is the main element that’ll keep your ear’s attention.

I think this record is one of the best meta Christmas songs as it adds substantial weight to the original “Carol of The Bells.” The track exudes every element you’d expect to hear from metal music, and it’s hard to ignore the raw power in the melodies and relentless percussion.

The frantic change-ups and fast tempo are bound to grab your interest. With the entire focus being on the instrumentation, many would agree that this record doesn’t need any vocals to sound complete.

This record doesn’t worry about an intro or build-up; it gets right to the point by throwing every layer in your face. It can’t be argued that the vocals carry infectious energy, and the instrumentation hits all the dynamics metal heads are looking for.

For the most part, the record is pretty relentless, as it seems like there isn’t much downtime between the persistent drums and heavy electric guitar melodies. It’s a new twist on a classic record, and I think that earns it the label of one of the best metal Christmas songs.

5. Christmas with the Devil – Spinal Tap

Delivering a cinematic and festive intro, this record has an excellent build-up with a lot of suspense. It also carries a modest tempo, but it provides an entertaining story that’s themed around the Christmas season.

Spinal Tap is well-loved for their music, and the way this record is produced shows many of the stylistic qualities they’re known for. Overall, it adds a very dramatic tone to the holiday season, and you won’t ever get tired of the high-intensity guitar melodies.

With a heavy focus on the instrumentation, it almost seems like the vocals are an addition to the dynamics of the instrumental layers. The track has a nice swing to it, and it does a great job of telling a story, even if it’s around the theme of Christmas.

Every so often, the song dives into a transition that brings heightened guitar melodies and variations in the percussion that recapture your attention. It’s a full-fledged record that has everything a metal fan tends to love.

Although it’s not the most popular song from Steel Panther, “Sexy Santa” is easily among the best metal Christmas songs, in my opinion. The vocals won’t let you down, and the hook takes the song’s energy to new heights.

When the vocals break, you get rippling guitar solos that’ll grab your attention from start to finish. If you’re looking for energetic Christmas music, this song will get the job done.

My favorite part of this record is the percussion, and the guitar melodies don’t disappoint either. The vocals have no issue driving the dynamics, and it provides a great blend of metal music and Christmas cheer.

Every time the vocals break, you’re greeted with melody and percussion variations that seem to increase the song’s overall energy. The song may not be everyone’s cup of tea, but the lyrics will quickly get stuck in your head.

Starting off with a long, melancholic piano intro, the song builds the intensity in an unsuspecting way that drives an eager interest. Trickling vocal and melodic layers slowly stack on until the grit of metal music introduces itself, which quickly takes the record in an entirely different direction.

I’d say this is one of the best metal Christmas songs, as the production is pretty much unbeatable in many ways. The song does a stellar job of leading you along, and it makes you curious about what’s to come next.

10. Cashing in on Christmas – Bad News

This song carries a pretty nostalgic sound when it comes to the metal genre, and it’s rather toned down in comparison to every other song on this list. Considering the record is somewhat older, the mix quality of the production isn’t as crisp, but the vocals don’t hold back on the Christmas cheer.

The most enticing part of the record is the progression of the vocals and how they’re layered. For the most part, the instrumentation sounds like a backing track that isn’t supposed to take too much of your attention.