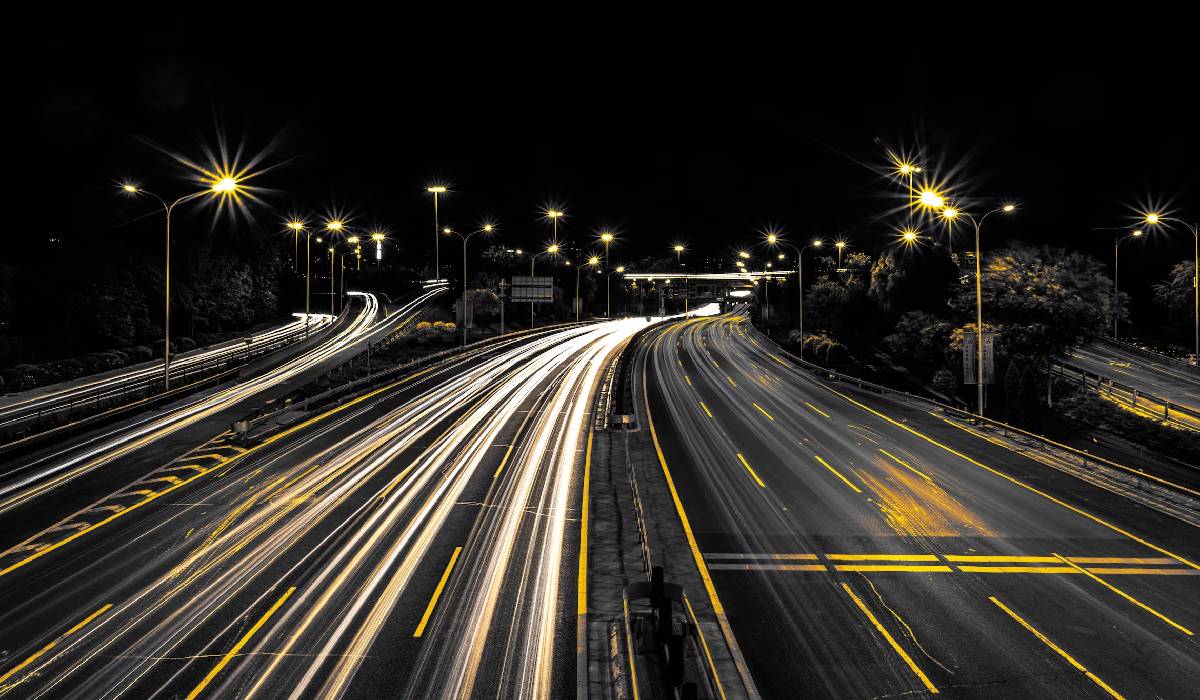 Highways are a common theme in poems and songs and generally depict a journey of some sort with obstacles to overcome. This list of the songs features some of the world’s best artists, and all have different interpretations of what highways mean to them.

Join me on this musical journey as I explore the best songs about highways of all time!

1. Life is a Highway by Rascal Flatts

Starting off my list is possibly one of the more famous songs about highways, and it was a number-one hit for Rascal Flatts. “Life is a Highway” featured on the soundtrack to the Cars movie and is a big hit among the younger generation.

The song was actually released in 2006, though, and is a song about the many twists and turns that life has. With a message to never give up and to keep going, the song is the perfect addition to my list. Turn up the volume for this one, and sing along to the catchy lyrics!

2. Highway to Hell by AC/DC

Whether you were born in the 80s or are a part of the younger generation, there is absolutely no doubt that you have not heard the classic song “Highway to Hell.” Originally released by the rock band AC/DC in 1979, the song has an unmistakable intro that leads to a brilliant chorus that will blow you away.

“Highway to Hell” featured on the band’s album of the same name and is a song about going the wrong way in life. The band, however, has said that the song is about the Canning Highway in Australia. I don’t know about you, but the wrong path version just makes it more interesting.

3. Kings Highway by Tom Petty and the Heartbreakers

Tom Petty and the Heartbreakers were a big hit in the 90s. And the release of their song “Kings Highway” only pushed the band even more into the spotlight than ever before. Released on the album Into The Great Wide Open, the song is about wanting to leave everything behind and head out on the open road with your lover.

Escaping from reality for a while with the one you love by your side can be so therapeutic, and “Kings Highway” is a song that will inspire you to do just that. Give this hit song a listen when you add it to your music library.

Is there any artist that comes remotely close to the talents of Joe Cocker and his raspy voice? I don’t think so, and his song “Highway Highway” only reaffirms my belief. Released in 1994 on the album Have a Little Faith, Cocker uses the highway as a metaphor for life and how it goes on after heartbreak.

Cocker gives an incredible vocal performance on this classic song. “Highway Highway” comes in at number four on my highway songs list.

5. Rockin’ Down the Highway by The Doobie Brothers

The Doobie Brothers’ song “Rockin’ Down the Highway” is an upbeat song that you simply must add to your road trip playlist. Released in 1972, the song appeared on the album Toulouse Street and tells of the thrill of driving in a sports car with the top down.

A fan favorite in the 70s, The Doobie Brothers will add some fun to your next road trip, so go ahead and add “Rockin’ Down the Highway” to your playlist.

“Highway Patrolman” is hands down the saddest song on my list and tells the story of the struggles of a highway patrolman named Joe, who always has to get his brother Frankie out of messy situations. Just trying to do his job, he explains that he is torn between doing what is right and helping his brother.

“Highway Patrolman” was released in 1983 on the album Johnny 99 and is one of Springsteen’s more melancholy songs that portray so much emotion it may just have you reaching for the tissues.

“Highway 49” is more than just a song by the band Howling Wolf. It just so happens to be the name of California’s longest highway, which is probably why the band decided to use it as a metaphor to describe the long path that many travel to find love.

The song was released in 1971 and featured none other than Eric Clapton on the guitar. “Highway 49” is a song for those who have all but given up on love and need a reminder that it is still possible to find love, no matter how old you are or even how far you have traveled in the search for love.

Donna Summer’s hit “Highway Runner” struck a chord with women worldwide as she sang of a man who can never ever be happy with the one he is with. Comparing him to a runner, Summer says he is a man on the move who has made his way through many relationships.

“Highway Runner” was released in 1982 on the album Fast Times at Ridgemont High and is a must for any songlist. Add it to your library today and experience the talents of Donna Summer.

9. Queen of the Highway by The Doors

Jim Morrison took a page out of his book when he shared a more personal song with fans. Recorded in 1970, “Queen of the Highway” is a song about the love and passion that he shared with his wife. Describing her as his soulmate, he compares their journey to a highway, long and everlasting.

“Queen of the Highway” was released on the album Morrison Hotel and has an eerie sound that is perfect for those days when you sit and wonder where your past relationships went wrong.

10. Take the Highway by The Marshall Tucker Band

The last song on this incredible list of the best songs about highways is the song “Take the Highway” by The Marshall Tucker Band. The song is rather sad as it tells the tale of a break-up and uses the phrase “Take the Highway” to describe leaving their lover.

“Take the Highway” was recorded in 1973 and is a beautiful country rock song that will have you tapping your foot along to the beat. Give it a listen and think back to your last breakup, learning from your mistakes as you do.