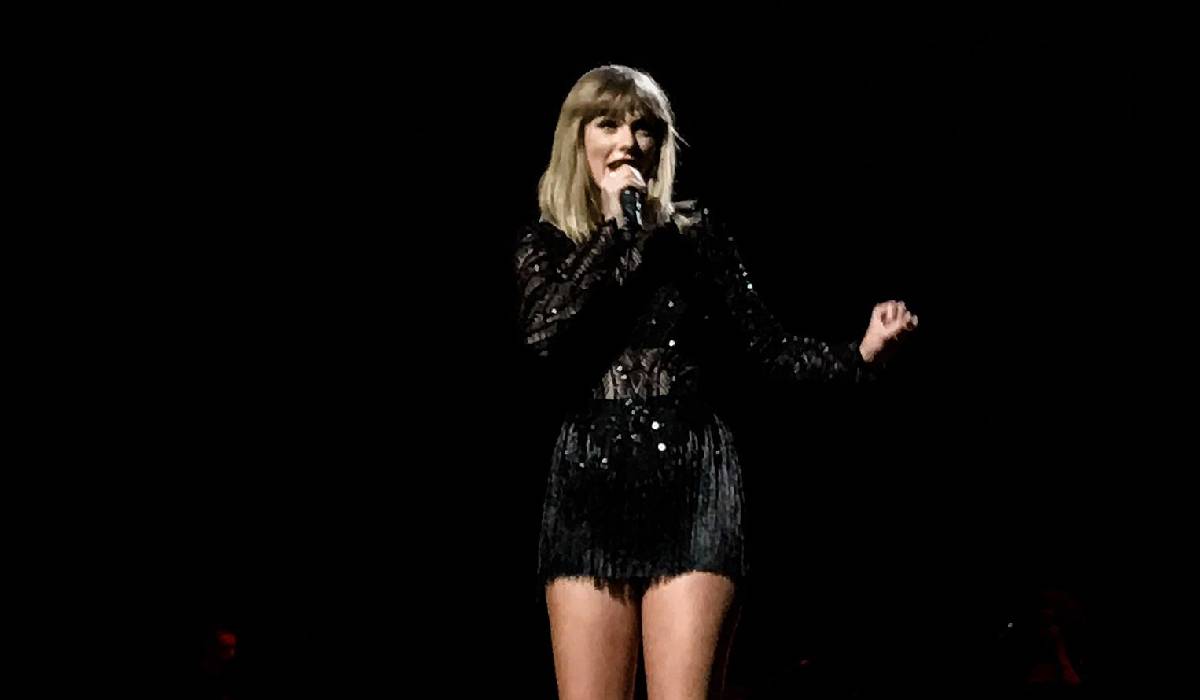 Fans of pop singer Taylor Swift can now enjoy their favorite singer at Christmas, too, when they listen to the ten best Taylor Swift Christmas songs.

This list features covers of popular Christmas songs, as well as a few originals that see the singer sharing her views on Christmas. From love and heartbreak to Taylor’s take on a few of the biggest Christmas songs that make the holidays that much more special.

So without further ado, here is my list of the best Taylor Swift Christmas songs of all time!

2007 saw the release of Taylor Swift’s Christmas album Sounds of the Season: The Taylor Swift Holiday Collection. One of the best Chiristmas songs on the album is undoubtedly “Last Christmas.” The song sees Swift covering a Christmas classic and is perfect for your Christmas soundtrack.

“Last Christmas” is a song we all know and love, and now you can enjoy it being sung by one of the biggest artists of this century. Add it to your Christmas playlist and sing along to one of the world’s favorite Christmas songs.

Taylor Swift’s cover of “Santa Baby” has to be one of the most innocent-sounding songs on this list and comes in at number two on my list. Swift’s version was released in 2007 and featured on the album Sounds of the Season: The Taylor Swift Holiday Collection.

Give this pop version of one of Christmas’s most popular songs a listen, and you be the judge on whether or not it comes close to the original.

While “New Year’s Day” by Taylor Swift is not necessarily about Christmas, it is about the Holiday season and is the perfect addition to Taylor’s Christmas songs. The song is about having to part ways with your lover during the holidays and was released in 2017.

“New Year’s Day” is featured on the singer’s album reputation and is a must-listen for those who are going into the holidays single and ready to mingle. Add this song about heartbreak to your playlist.

4. Christmases When You Were Mine

Spending Christmas alone is a loneliness like no other and is the subject of Taylor Swift’s 2007 song “Christmases When You Were Mine.” A song about heartbreak and having to spend the holidays without that special someone by your side, “Christmases When You Were Mine” featured on the album Sounds of the Season: The Taylor Swift Holiday Collection.

Embrace your emotions as you listen to a heartbreaking tale of being alone at Christmas when you add “Christmases When You Were Mine” to your holiday playlist.

Taylor Swift gets more than just a Christmas gift when she comes home for the holidays in her 2020 release of “Tis The Damn Season.” Released on the Evermore album, the song sees the singer bump into an old flame and have a winter romance like no other.

Nothing is better than coming “home” for the holidays, and when that means reconnecting with an old boyfriend or girlfriend, it is even more enjoyable. Add “Tis The Damn Season” to your Christmas playlist and cross your fingers that you, too, will have a holiday fling you’ll never forget.

6. Christmas Must Be Something More

The tree. The Decorations. The presents. These are just some of the exciting things that make Christmas a truly magical time. But, as Taylor Swift sings, “Christmas Must Be Something More.”

The song was released in 2007 and features on Taylor’s holiday album Sounds of the Season. Enjoy this song about celebrating being together with loved ones on Christmas when you add “Christmas Must Be Something More” to your playlist.

We all have special childhood memories of Christma. For Taylor Swift, visiting the “Christmas Tree Farm” was so special that she wrote a song about the many things she remembers most about Christmas as a child.

Sit back and let your mind take you back in time when you listen to this 2019 pop song about the childhood memories of Christmas. “Christmas Tree Farm” makes for easy listening and has that signature sound that has made Taylor Swift one of the hottest artists of our time.

“Begin Again” is not necessarily about Christmas but does make reference to Christmas as Taylor Swift deals with her emotions after a breakup. Released in 2012 on the album Red, “Begin Again” sees Taylor picking herself up and finding herself again.

Dealing with a breakup can be tricky, especially around the holidays, so take some inspiration from Taylor Swift when you listen to “Begin Again” this holiday season as you search for your own happy ending that you know is out there waiting for you.

Taylor Swift was only 18 years old when she released her cover of the Christmas classic “White Christmas” in 2007. The song featured on an album of Christmas medleys titled Sounds of the Season: The Taylor Swift Holiday Collection and was a hit among the singer’s fans.

With an innocent, almost childlike voice, Taylor tackles this big song with grace, with many critics saying she nailed it perfectly. Give it a good listen and see if you think Taylor did “White Christmas” justice when you add it to your holiday playlist.

The last song on my holiday song list of the best Taylor Swift Christmas songs is a personal favorite of mine. “Silent Night” was recorded by Swift in 2007 and is featured on her Christmas album. We all know that song, but have you heard it being sung by Taylor with her angelic voice?

Add “Silent Night” to your holiday playlist and enjoy the sweet sounds of one of pop music’s best performers while you spend time with family and friends. Remember that Christmas is a time of love and sharing, so share this playlist with the ones you love.

10 Best Disney Songs for Altos of All Time, Ranked