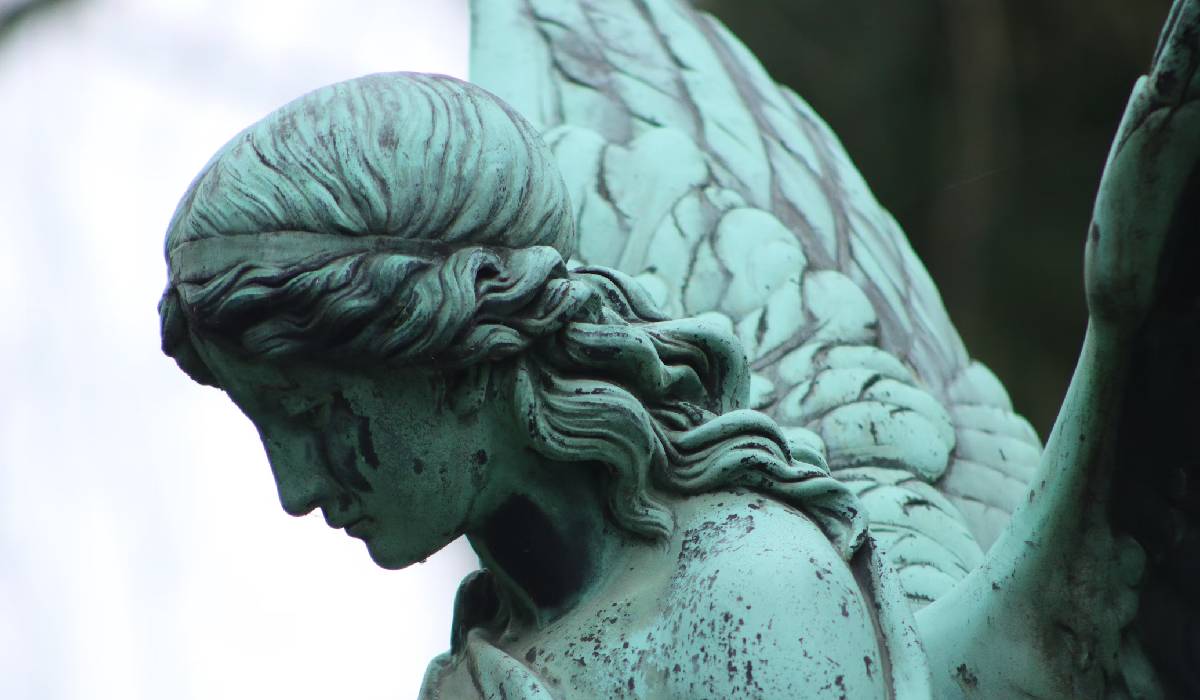 There are many rock songs about life, love, and of course death. Death is a part of life that everyone experiences, whether it be worrying about their own death or the death of loved ones, so it’s no wonder so many artists have written about death in songs and music over the years.

Some of the best songs out there are about death, and I personally don’t think these songs always have to be sad or depressing. They’d be great choices for a funeral or wake or a way to remember a loved one once they’ve left this world.

Here are some of my favorite rock songs about death, see if you agree!

Let’s start off with a beauty of a number – it’s “Into The Mystic” by Van Morrison from his 1970s album Moondance. This song is a positive song about death, the idea of not fearing death and happily heading ‘into the mystic’.

You can’t help but feel ethereal and spiritual listening to this song, and that beautiful acoustic guitar really helps add to that effect. This song is regularly played at funerals, and it gives mourners a positive association with death.

Now we’re headed down a slightly more melancholic road. The first line of “Videotape” from Radiohead’s 2007 album In Rainbows features “the pearly gates”, so we know exactly what this song is about before it really kicks in.

Thom Yorke’s distinctive voice tells us a story of a man who is saying his last goodbyes and recording them on technology that will soon be outdated. It’s a haunting song in reality and one of my personal favorites.

“Until The Day I Die” by American band Story Of The Year is a nostalgic number for anyone growing up in the early 2000s. This is a classic pop-punk/rock number that explores themes of sacrifice and dying for the one you love.

Lyrics such as “as years go by, I race the clock with you” and “I’ll spill my heart for you” give those deathly connotations that come with a great rock song about death.

Perhaps one of the more haunting songs on our list, is the iconic “Black Star” by David Bowie, from his final album of the same name. This album was released when Bowie knew he was dying, and the song “Black Star” in particular seems to be the most poignant of them all.

Lyrics include “on the day of execution” and “something happened on the day he died”, encouraging many fans to believe this was Bowie’s way of saying goodbye.

“Roses For The Dead” by Funeral For A Friend was released on the album Hours in 2005 and is known to be about the death of close friends.

This post-hardcore rock band even signifies death in their name. If you’re into this style of music this would be the perfect funeral song or way to get through the grief of a loved one.

Next up on our list is a very underrated song by the incredible Bob Dylan. “Going, Going, Gone” is a beautiful song from Dylan’s Planet Waves album released in 1974, and analyses themes of death in lyrics such as “closing the book” and “just got to cut loose before it gets too late”.

Suicide has been heavily linked to this belter of a rock song about death and has been covered by many other artists such as Emma Swift, Gregg Allman, and Steve Howe.

As soon as the iconic riff on this song starts, you’ll know exactly what’s playing. “Dancing With Mr. D” is the first song on the Rolling Stone’s 1973 album Goats Head Soup. Mr. D is quickly discovered to be a pseudonym for death, with “One of these days, he’s going to set you free” mentioned quite early in the song.

This song is very poignant for Rolling Stones fans, as it took on new meaning when the drummer of the band, Charlie Watts, passed away in 2021.

Next up we have an emotional one, particularly if you’re a Queen/Freddie Mercury fan. “The Show Must Go On” was released in 1991 on Queen’s album Innuendo and was written by Brian May shortly prior to Freddy Mercury’s untimely death in 1991.

At this point in his life, Freddie’s condition had deteriorated due to his HIV/AIDS diagnosis, and the song was released just 6 weeks prior to his death. The song was widely praised and spent five weeks on the top UK charts both before and after Mercury’s death.

If that last song didn’t make you cry, then this one sure will! “Tears In Heaven” by Eric Clapton is a beautiful ballad written about the death of Clapton’s four-year-old son. It featured on the 1991 Rush film soundtrack and is a tragic song about Clapton’s pain in living without his son.

Many people who have lost loved ones turn to this song in grief, and it’s a firm favorite of mine from my best rock songs about death.

Now we’ll end on a high, with a punchier number from the incredible System Of A Down. “Soil” was released on the album Soil in 1998, and lyrics such as “making a decision of death” and “confidence, death, insecurity, your men fall unrealized” all give connotations of dying and death.

When introducing the song at a gig, the band’s singer Serj Tankian explained the song is “about death, and friends that die, and life that dies”. It’s a great number to end our journey through the best rock songs about death!